Polycyclic aromatic hydrocarbons (PAH) are a group of different organic compounds, each of them containing two or more fused aromatic rings. Many of them are considered to be carcinogenic and genotoxic.

How Are PAHs Generated?

In particular PAHs are generated by the incomplete combustion of organic material like wood, oil, or animal fat. PAHs are less water soluble, less evaporable and less degradable and adsorb on organic particulate matter such as fly ash and soot from the exhaust of motor vehicles, the processing of coal and petroleum etc. Food can be contaminated on the one hand by environmental PAHs that are present in air, soil or surface water. If PAH-containing particles fall out into surface water, they are transported in suspension and finally traces fresh water or marine sediments. These sediments constitute a pollution reservoir from which PAH may be released. Filter-feeding bivalves such as mussels and oysters may accumulate particles contaminated by PAHs.

The contamination of crops by PAH is affected through their location and the emission sources in the near environment. On the other hand food can be contaminated during processing of food such as smoking, drying, frying, grilling, roasting and baking. The presence of PAHs in vegetable oils is related for the most part to the drying processes of the seeds where combustion gases may come into contact with the seeds.

On Dec 19th in 2006 the Commission Regulation (EC) No 1881/2006 was put into action including maximum levels for benzo(a)pyrene(B(a)p) in different types of food. Benzo(a)pyrene was used as a marker for the occurrence and effect of carcinogenic PAHs.

According to the Scientific Committee on Food (SCF) 15 PAHs are considered to be carcinogenic. These considerable PAH are listed in the Commission Recommendation No. 2005/108/EC.

Furthermore, the investigation on the suitability of using Benzo(a)pyrene as a marker for these PAH was recommended.

Therefore the EFSA published a Scientific Opinion of the Panel on Contaminants in the Food Chain in 2008 and advised to use four PAH (PAH4) instead of Benzo(a)pyren as a marker for PAH contamination.

In the 1980s the US EPA listed 16 PAH which became a standard scope of analysis for all environmental questions (so called EPA- PAH).

Besides, maximum levels for Benzo(a)pyren and Benzo(a)anthracen (B(a)a) in smoke flavourings are determined in the Comission Regulation (EC) No 2065/2003.

Admittedly benzo(a)pyrene is a harmful contaminant. An exceedance of the maximum level means consequently that the food is not compliant to the European law and therefore not allowed to be sold. Within the quality assurance the content of benzo(a)pyrene and all mentioned PAH in food should be checked at regular intervals.

Eurofins is able to analyse benzo(a)pyrene in food which is regulated by EU-Regulation 1881/2006. In addition to the single analysis of benzo(a)pyrene we are able to run the full spectrum of the PAHs listed in the Annex of Commission Recommendation 2005/108/EC.

Furthermore Eurofins offers the analysis of the PAH4 recommended by the EFSA as well as the13 most relevant EPA-PAH.

The introduction of a maximum level for the sum of PAH4 is foreseeable due to the published opinion of the EFSA and an amendment in the EU regulation was already announced for the second half of 2010. 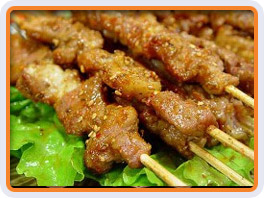